DESIGN IN SURABAYA: WHAT WE HAVE TO SAY 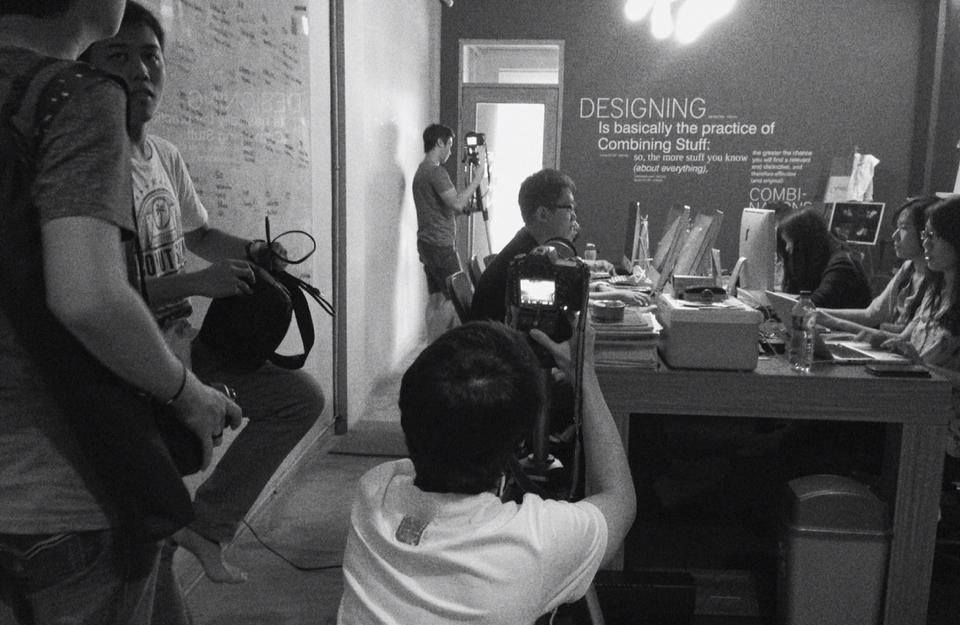 VCast has become one of the resources to share their thoughts on the actual design scene in Surabaya, Indonesia, alongside some other design offices in Surabaya. This is one of the products of DIY 2014 team, in cooperation with AyoRek.org – one of Surabaya’s local sites that aims to capture Surabaya, the people and its culture. The following short video was shown at DIY 2015′s screening opening.

Surabaya is known to be the second biggest city in Indonesia, relative to Jakarta as its biggest in Indonesia, including its design professions. Unlike Jakarta that acts as the economy and business center of Indonesia, Surabaya’s economical and industry structure has surely given a different influence towards Surabaya’s design professions. This situation is one of the most commonly discussed by the public, practician and students studying in design, regarding the future of this profession in Surabaya. VCast was represented by its principle in the efforts of answering these questions.

VCast believes that design in Indonesia, especially in Surabaya, hasn’t reached its maximum potential. There are still many gaps and growth that can be achieved and developed by design practitioners. To make a difference and create unique services may be one of the keys to grow and survive in this profession. Reflecting upon Jakarta and other countries as well, we can see that design, especially graphic design, doesn’t only stop in creating good visuals. There are many other creative products that can be developed from this profession, such as VisualCast’s very own personal project in the form of font – Deicon font and DIY font(link here for the font free download) – as well as digital projects and other tech start-ups. All of these products need a touch of design and creativity. This is why VisualCast agrees with DIY 2015′s theme: Mix and Make, where a designer must be intelligent and skilful not only in mixing techniques, but also skills from different fields of knowledge to product a unique and creative product.

This video is only available in Indonesian and is without subtitle.